Have you heard of kirie paper art? The word “kirie” comes from the two Japanese kanji “kiri”, which means cut, and “e”, which means image. It is a Japanese art form that originated in the 7th century when Shinto shrines were decorated with intricately cut paper designs. Despite its ancient roots, kirie is still practiced today by some contemporary Japanese artists. An artist known as Erica on Twitter is someone who keeps the craft alive. She creates cutout fashion illustrations that can be hung from the surrounding nature, allowing leaves and flowers to be a part of every outfit.

Erica’s illustrations feature female figures wearing kimonos, dresses, and even wings. While every fairy character lives on paper, he or she also appears to be a part of nature. When held against trees and photographed, colorful leaves and dappled sunlight appear where Erica cut the paper. The result is ethereal pixie-like characters with vibrant leaf-patterned hair and clothing. Erica can change their appearance by simply holding them in another environment.

Check out Erica’s kirie art below and find out more in her portfolio at Twitter. 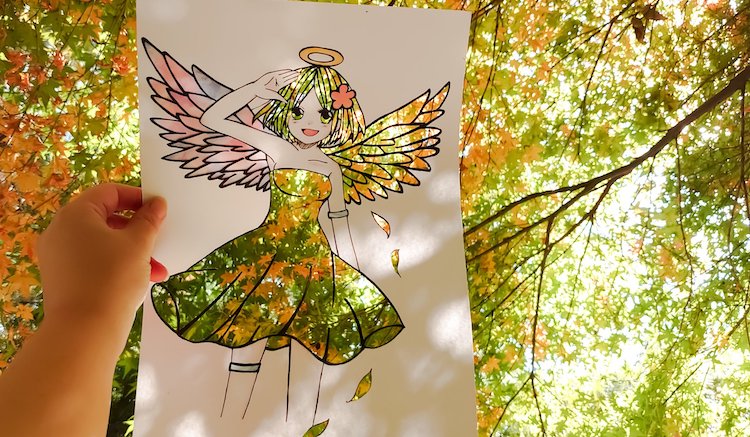 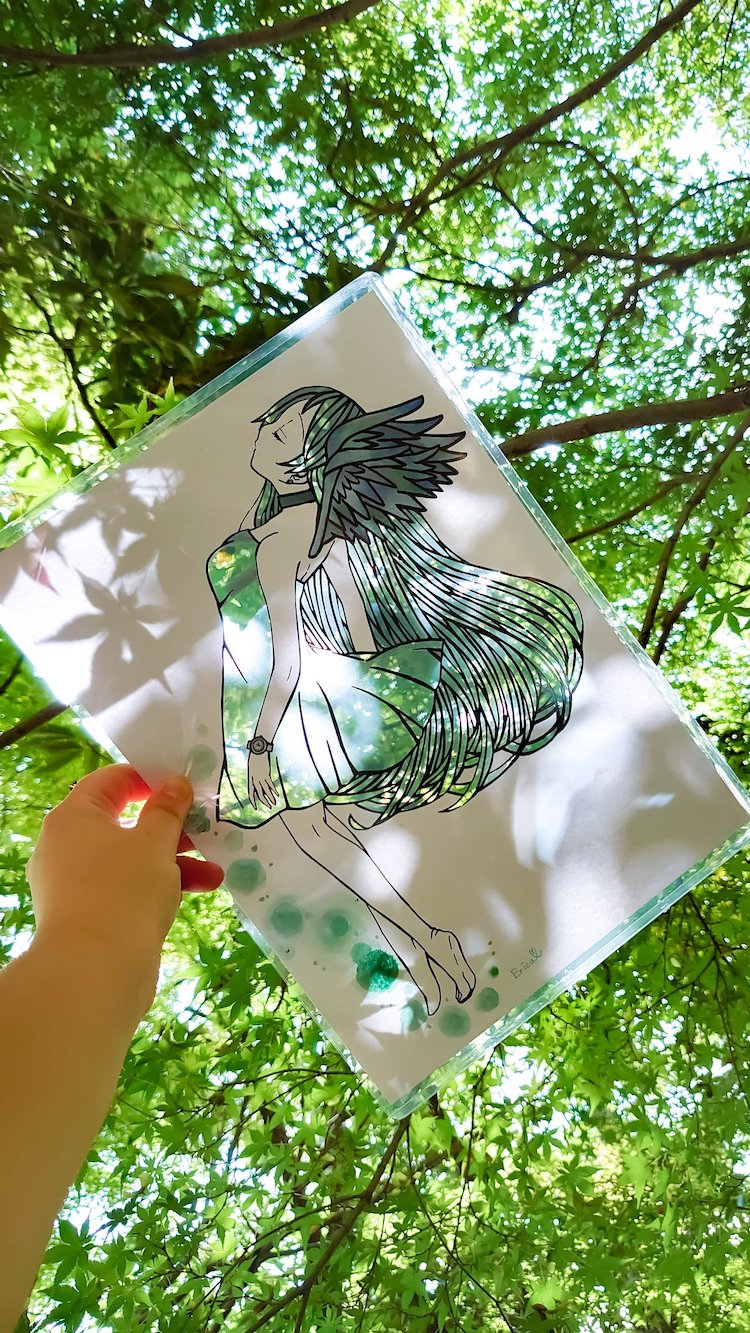 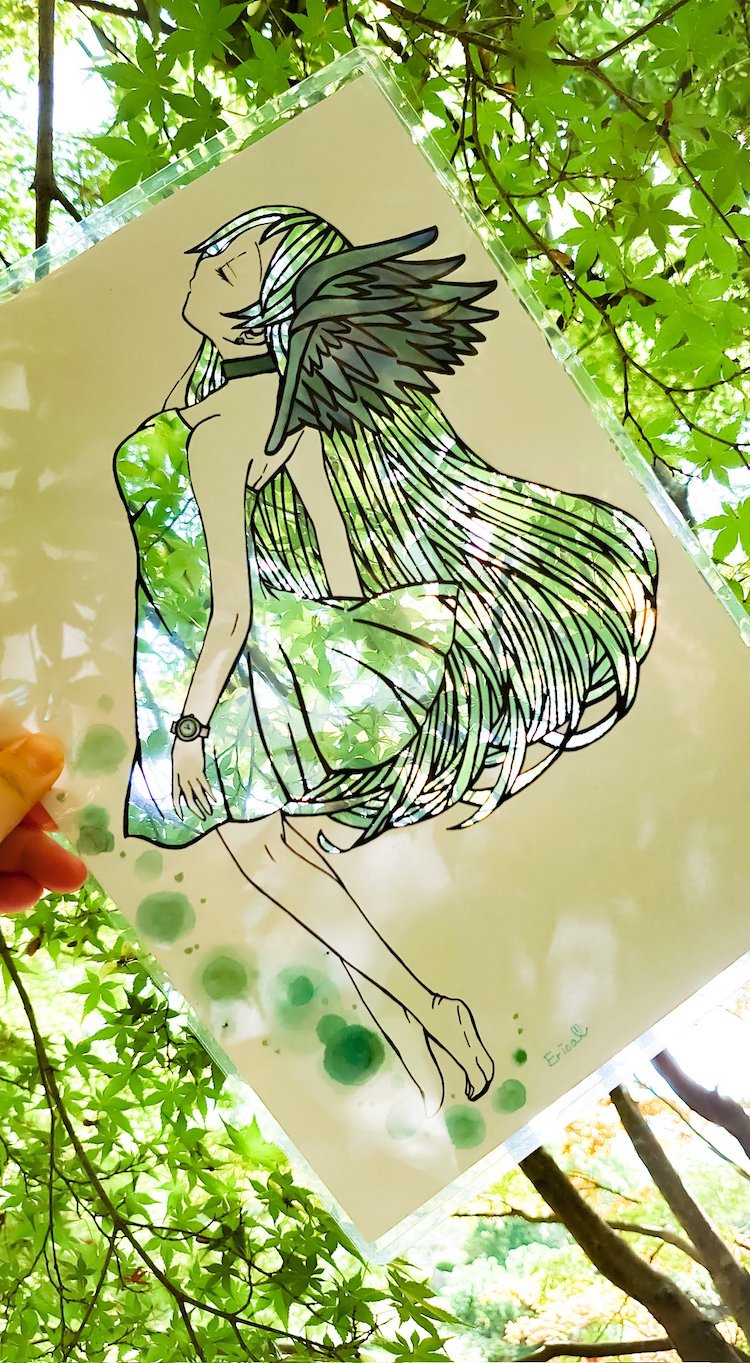 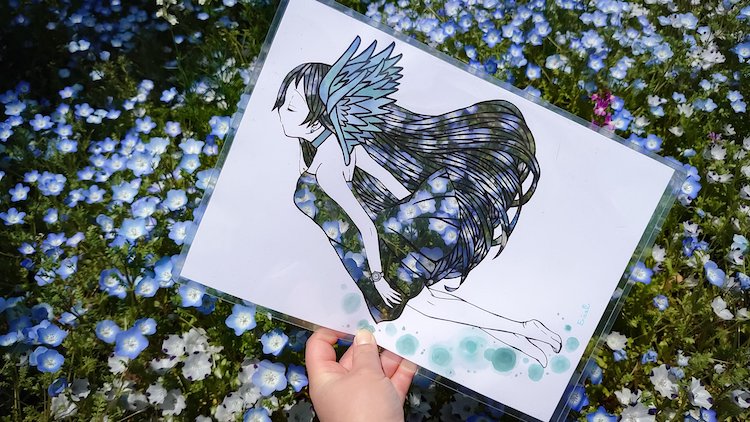 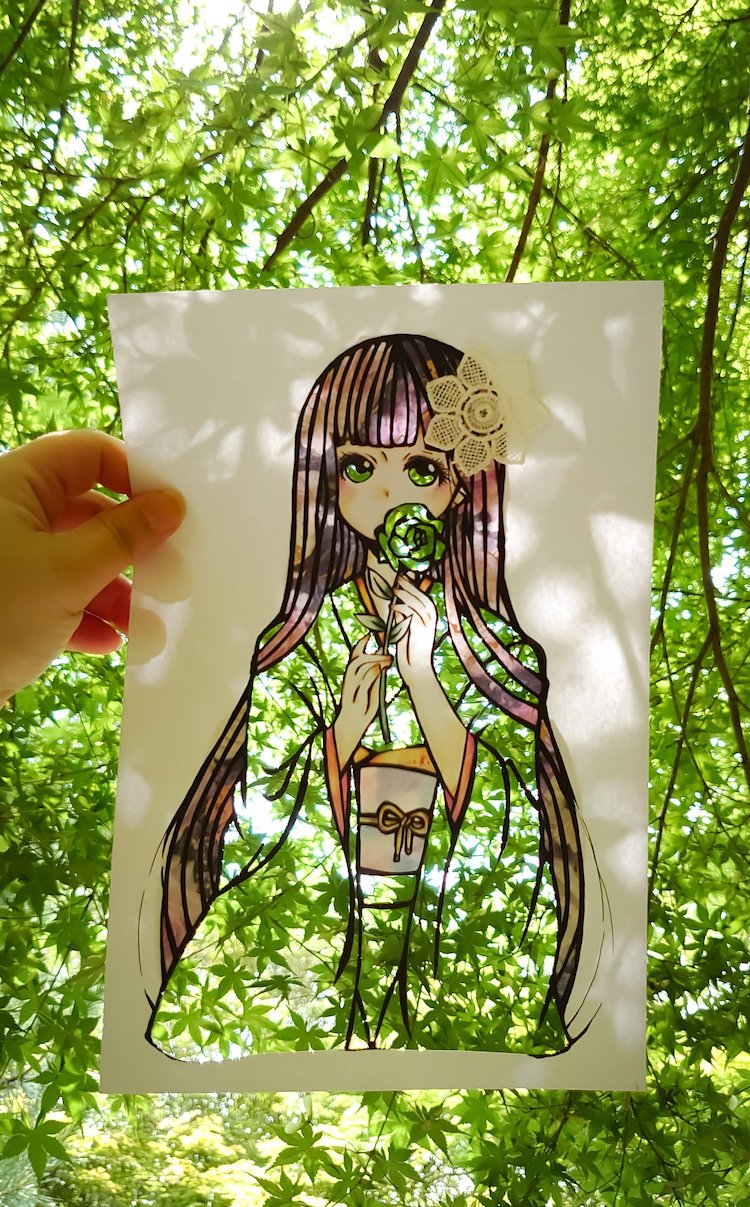 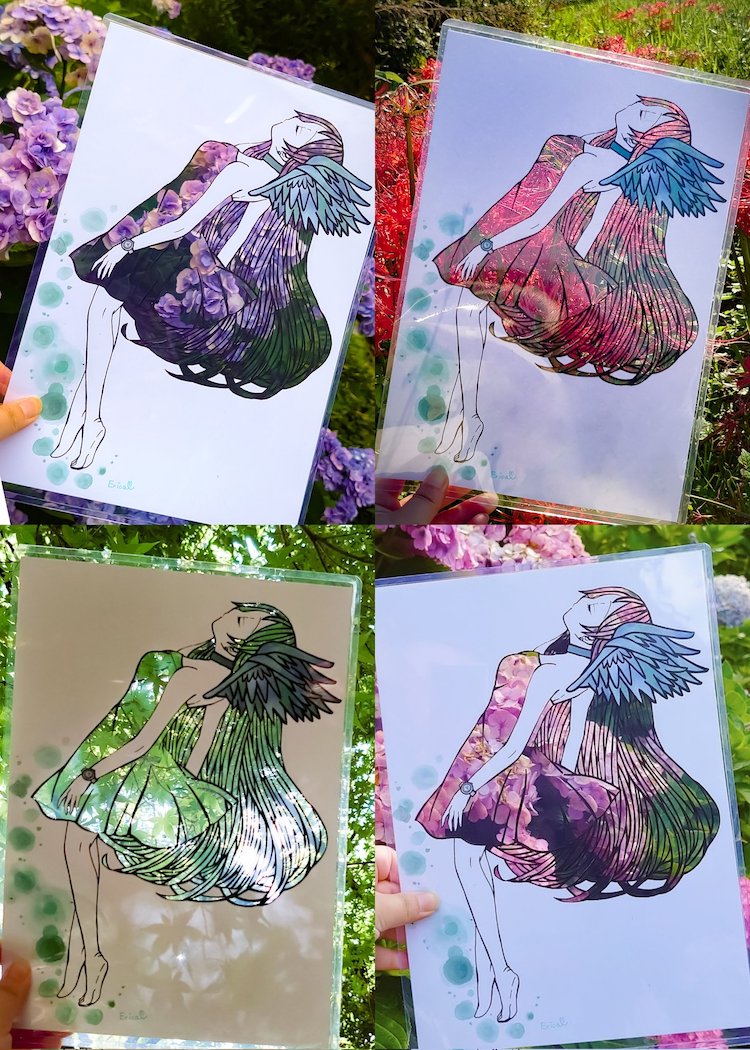 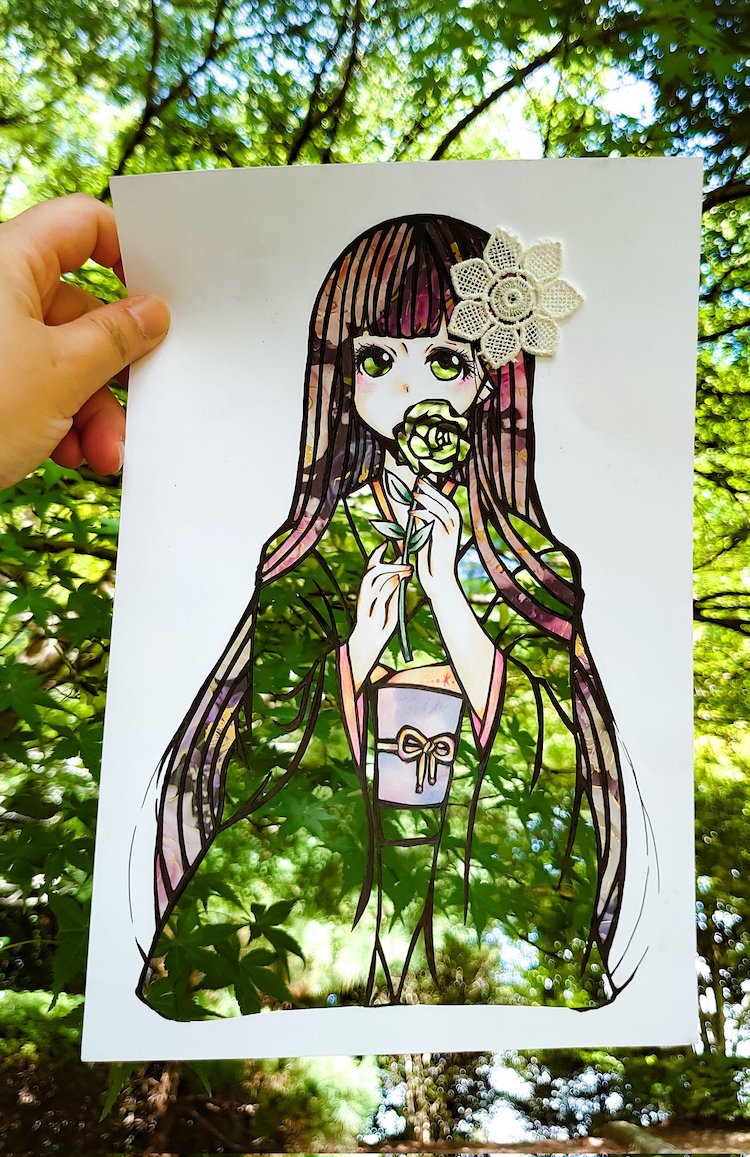 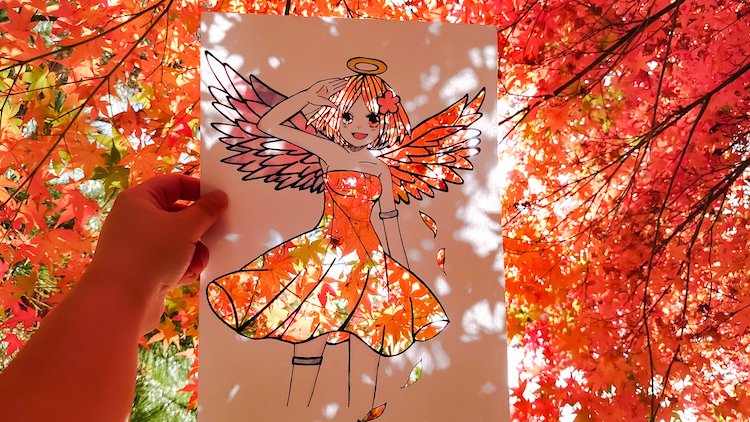 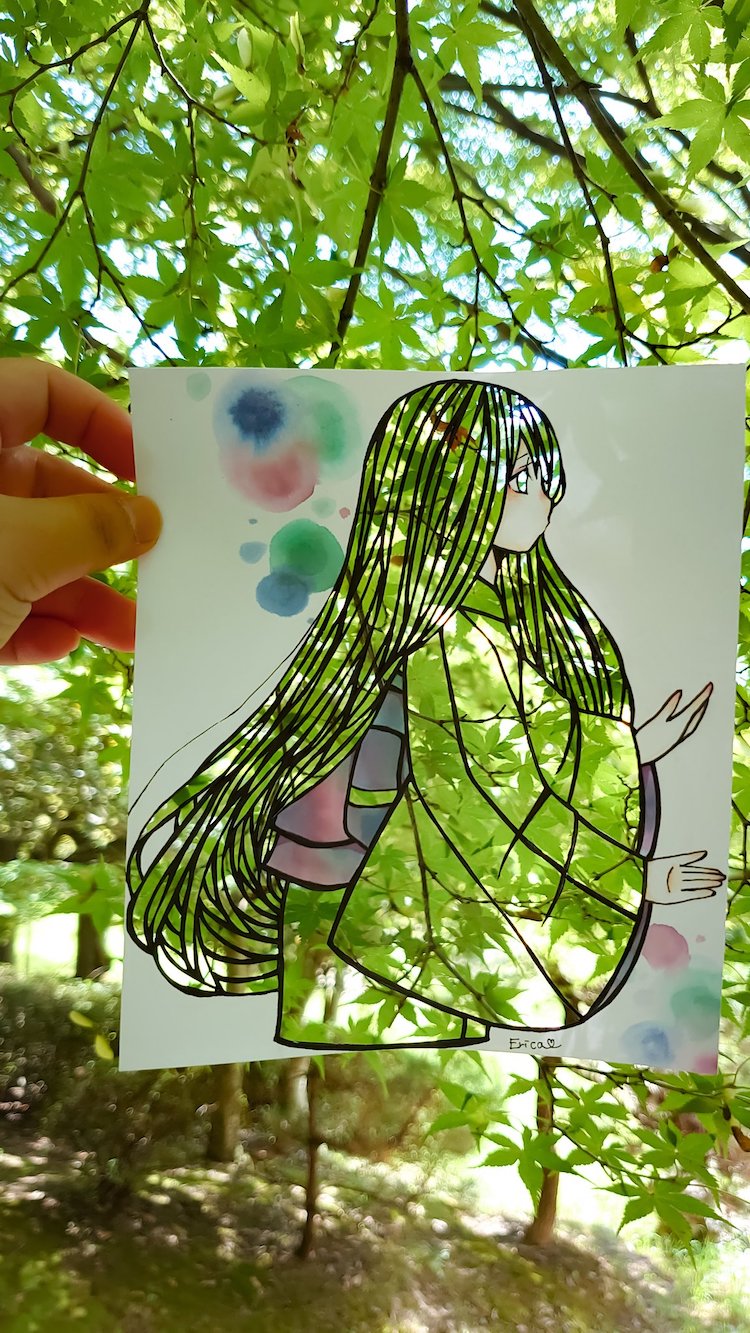 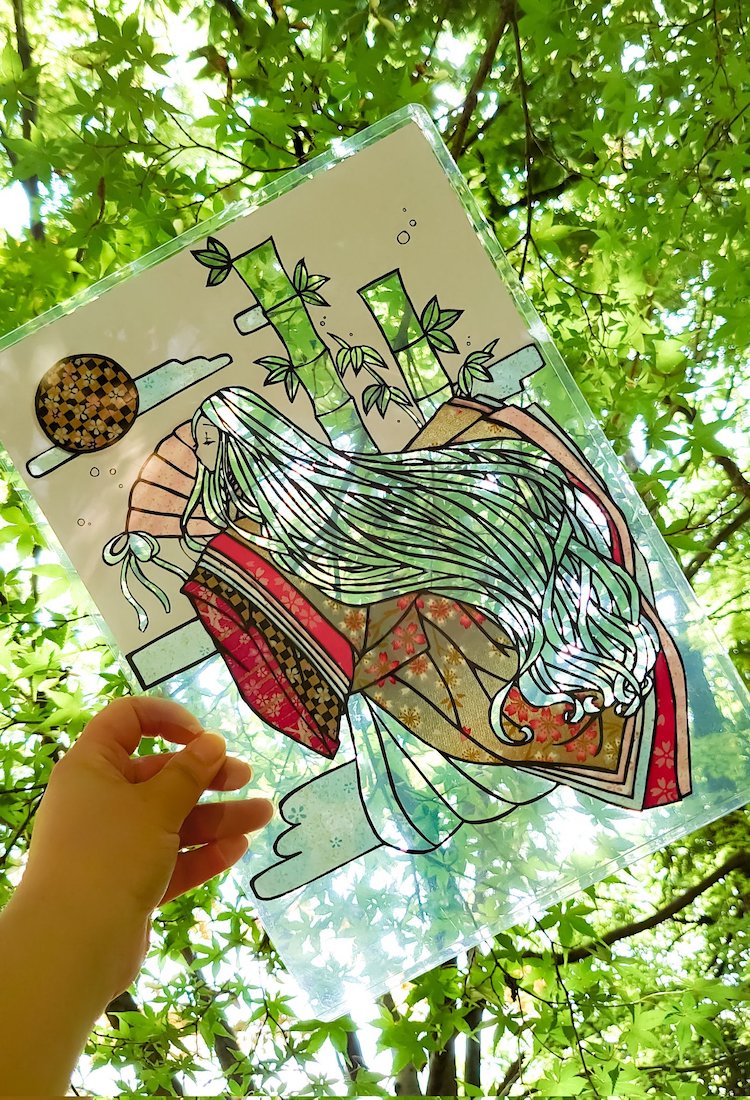 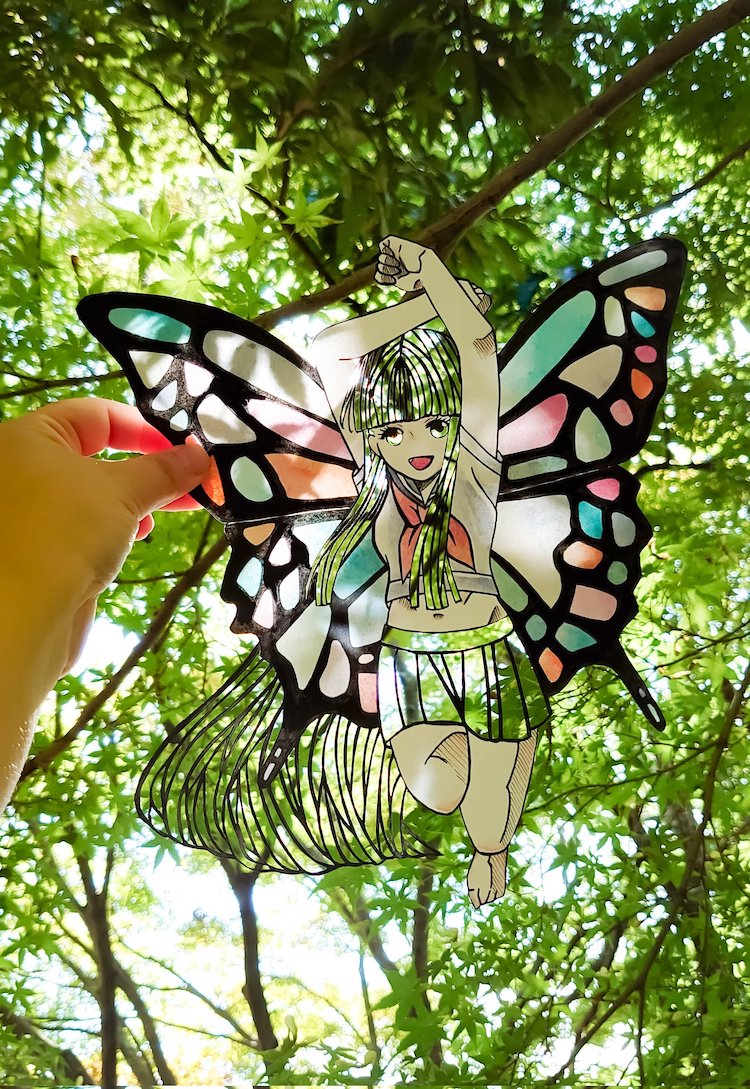 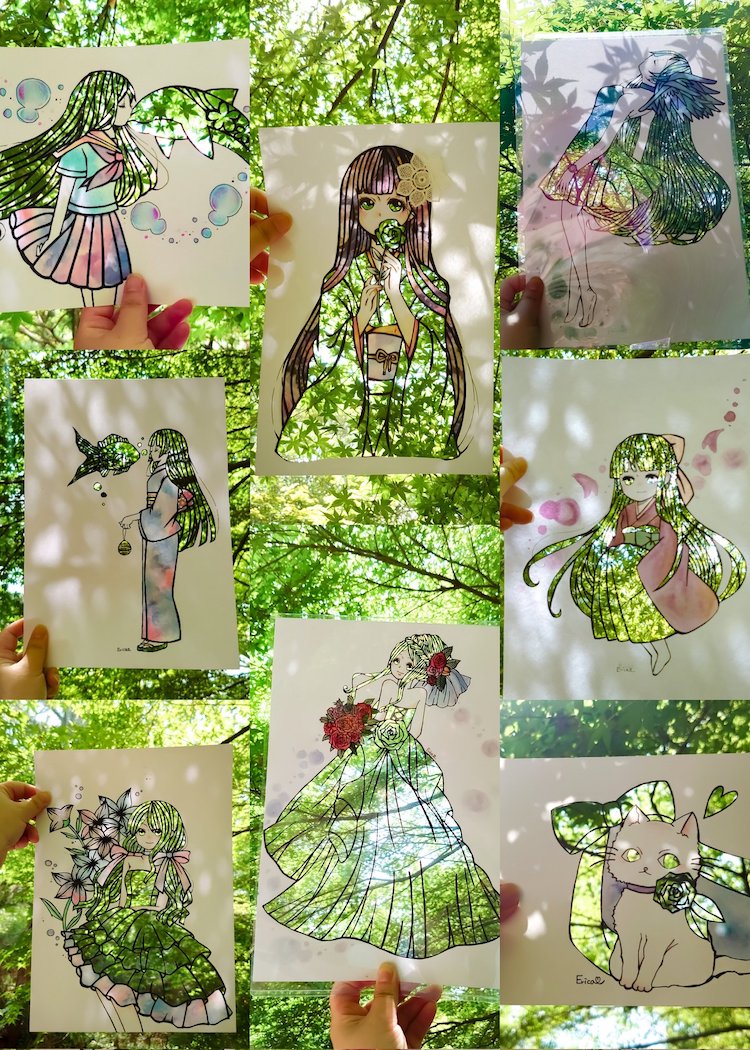 All images via Erica.