Ming Ming Peters is back with another exhibition this time around, his artwork is on display at the Nook of the Casemates Arts and Crafts Center.

The work for ‘Through the Eyes of MM’ ranges from pencil to pastels and acrylics featuring both the Rock of Gibraltar and Japanese culture. 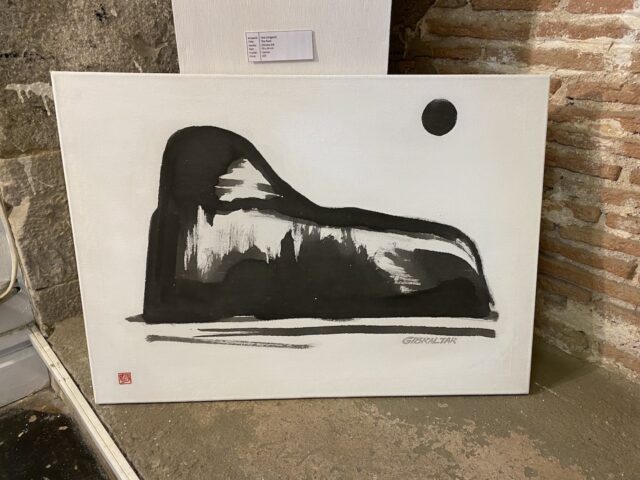 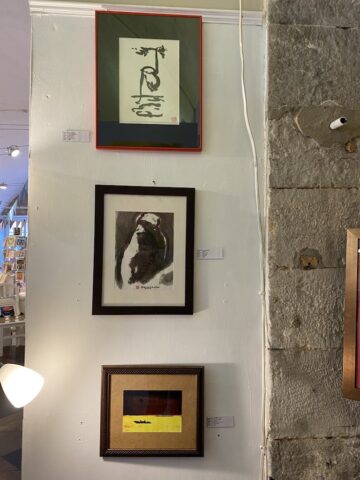 Known especially for her origami work, the artist returned to painting and drawing simply because as a working mother, time, space, and the ability to work with complex things have diminished through in the busy hands of children.

“I named them in order of when I started them,” she said.

“When I first came to Gibraltar I wanted to draw a lot of Gibraltar themed stuff and these paintings one, two and three have the rock and the monkeys. I like monkeys very much and my familiar medium is India ink. So to draw the Rock and the monkeys, I naturally want to use a material that I know well.

“Then I switched to pastels on paint number four which is the track. She chose the trail because when she lived in Spain she crossed it daily for work and she felt it was such a unique feature in Gibraltar.

On her other pastel work, she said she took a photograph of the area and used it to paint from areas such as Mid Harbors and Catalan Bay.

Plus, she has one from an Ocean Village moon, where she used a photo taken by her friend.

“I found that if I painted the moon right in the middle, it looked too perfect. Because I work in the game and there are terms called less or more in the bets and so for me this painting I call it because you could say it’s over or it’s less ”, a she declared. 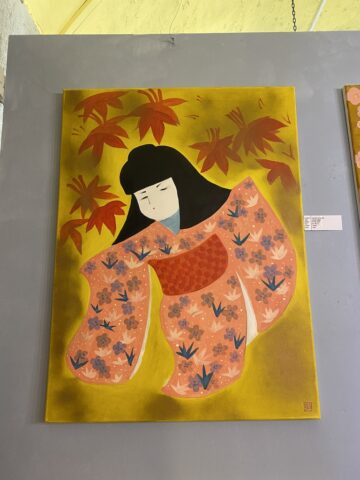 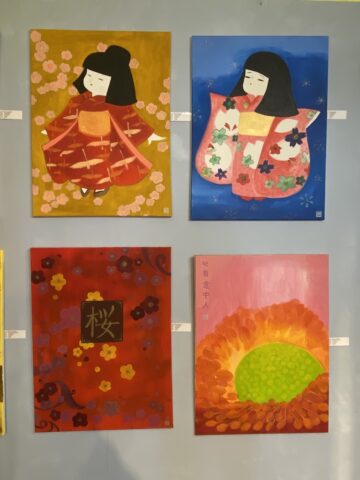 Much of his Arcylic work can be seen in his series of kimono paintings.

“I like working with arcylics because they give really strong colors,” she said.

“I designed them because I love kimonos. There were four in the original but one of them, the summer one, is sold.

“In Asian culture, climate change is important to us. You change your diet and drink more soup in winter and in summer you eat light. But, it’s also in the clothes we wear.

“The color is different because we say that in winter it’s such a cold environment that you want to dress in warm and fiery colors. While in the fall the leaves are falling, so to balance you want to dress up with more spring stuff. It’s an interesting contradiction, ”she added.

The kimonos feature the crane and the cherry blossom, two things for which Japan is known. 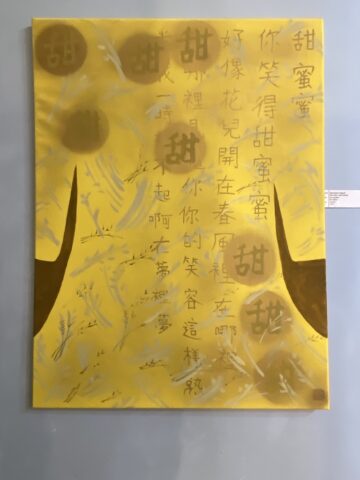 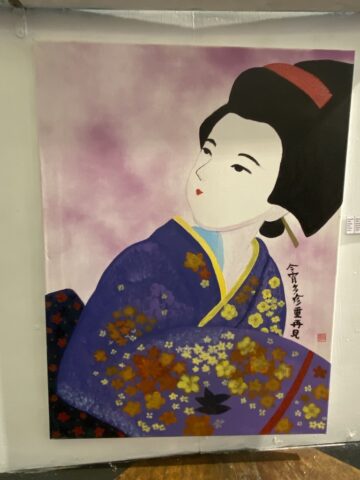 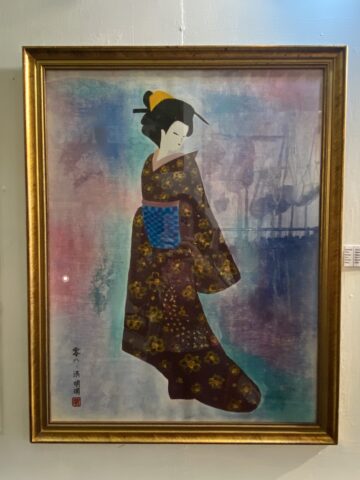 One piece alone is a kimono with the lyrics of a song on it.

“I love the gold and the sparkles, so I imagined that if I could somehow have the song on the kimono, it would be a nice combination,” she explained.

In another room, “the parting” depicts a lady leaving a party and she used both acrylics and pastels to create it.