January 2022 is sort of only a few months away, and with it comes the Emerging Talent Award at Maison & Objet. From January 20-24, they will spotlight some of the emerging talent from Japan, a part of the world that is still one of the most innovative and creative parts of the show. It is a unique opportunity for visitors to see their work up close and to note how the pandemic has influenced the level of innovation of this generation.

There is also an exciting new category in the prizes – Arts and crafts – which was decided by SAFI, organizer of Maison & Objet with Ateliers d’Art de France. Craftsmanship has always been unique at Maison & Objet, and it makes sense to encourage these emerging talents. “Our business is at the heart of the challenges of the market. This evolution of the Rising Talent Awards reflects this reality ”, declares Aude Tahon, President of the Ateliers d’Art de France.

Yuri Himuro explores new ways of interacting with textiles, inviting others to create patterns by cutting into his fabrics. Its concept gave birth to the SNIP SNAP project, then brought to the creation of the CULTIVATE carpet, presented in collaboration with CC Carpet, a manufacturer of hand-woven rugs. The FLOWERING The project, meanwhile, was designed around a fabric with a double-sided weave featuring an eclectic range of patterns. The refinement of the flowers and leaves is captured through the varied textures in the weave. Himuro recently acquired a Jacquard loom for his workshop. “This new tool allows me not only to weave fabrics by hand, but also to weave non-fibrous materials. This opens the door to a whole world of new ideas and will allow me to explore new textiles, ”said the designer. 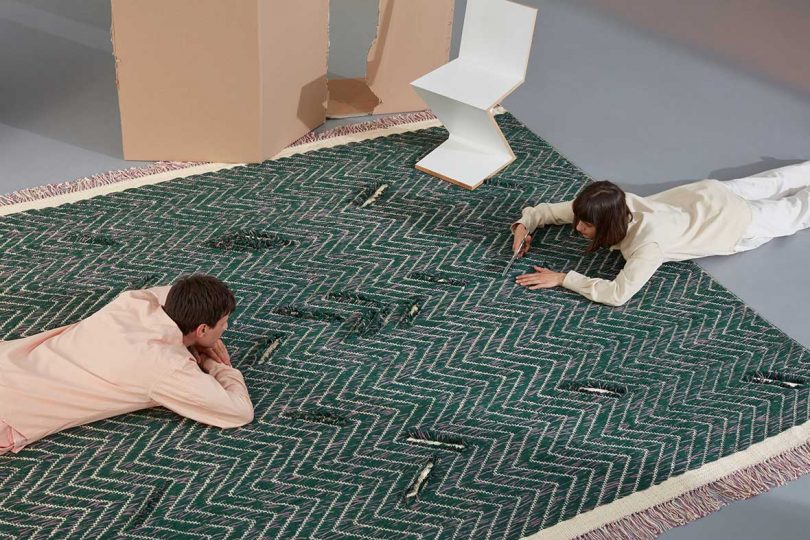 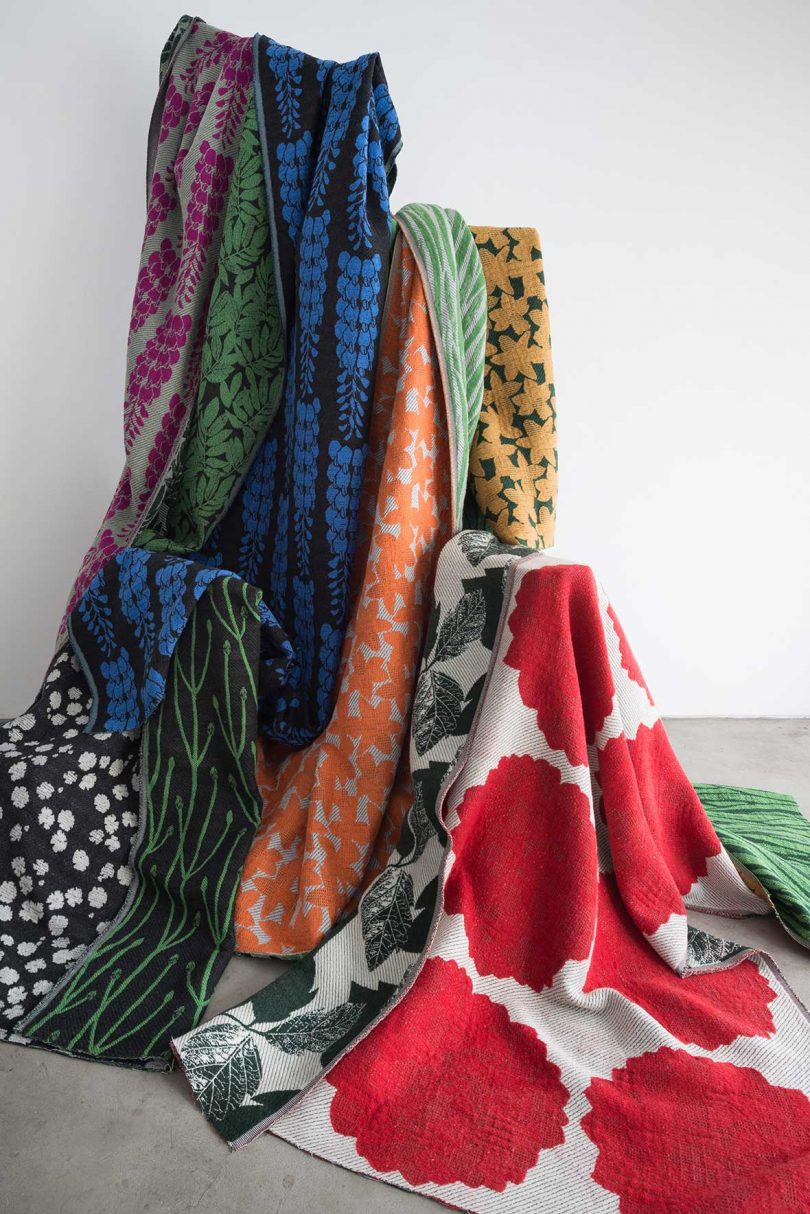 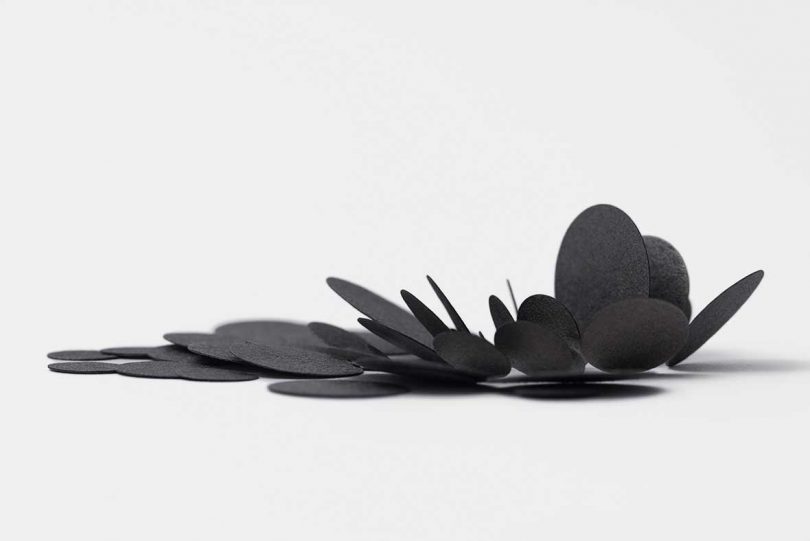 Haruka Misawa imbues the paper with her own abilities, inviting her to explore uncharted territory and think outside the box. Her Doshi (“moving paper”) gives the paper a spirit of its own, as if it were a living being. When the metal particles react to a magnetic force, the previously stationary paper slowly begins to come alive. “I grew up surrounded by shoji (paper screens) and origami, both of which are intrinsically linked to Japanese culture, and that’s where my desire to explore the delicate surface of paper came from. It was the obvious choice, ”says Misawa. 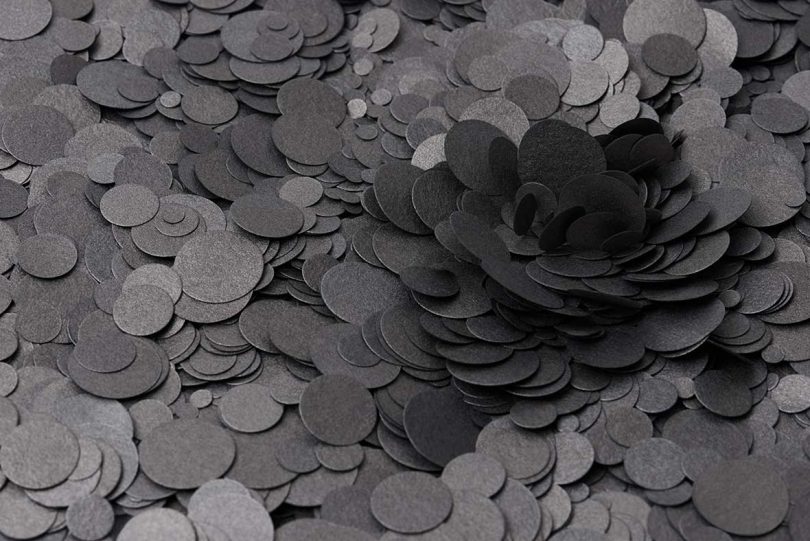 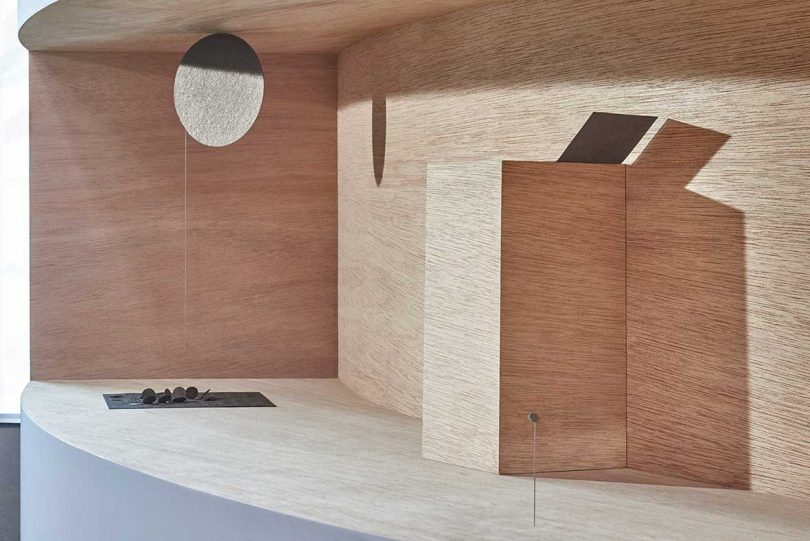 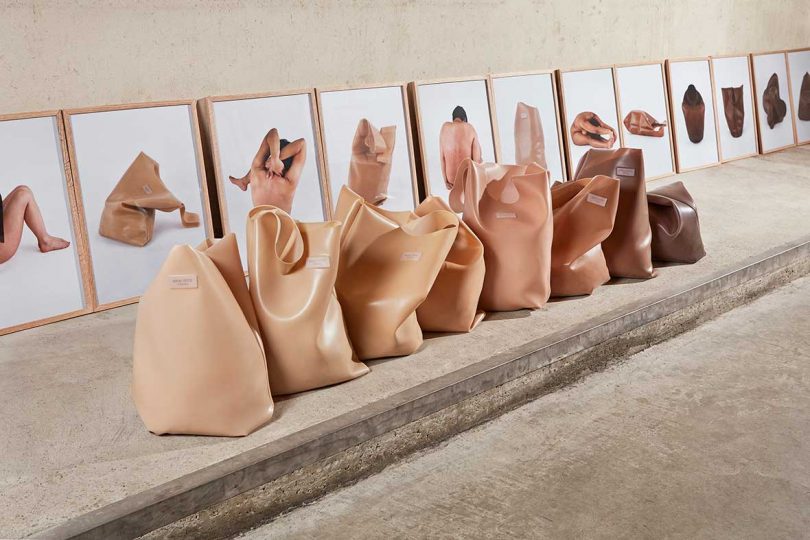 Satomi Minoshima is interested in exploring the skin. She analyzes it from a social and poetic point of view, imbuing it with tactile information that would escape the naked eye. Her Leather tote project presents a series of bags that affirm the beauty and diversity of skin color. “Skin color has an impact on our social and cultural existence and on the way our society treats people,” she said. by Minoshima Inflatable Leather The project, meanwhile, is shaped by air and uses both natural and synthetic materials. Her Hem The project was born from research on latex screen printing and slowly sees graphic shapes emerge as the different textures are assembled. 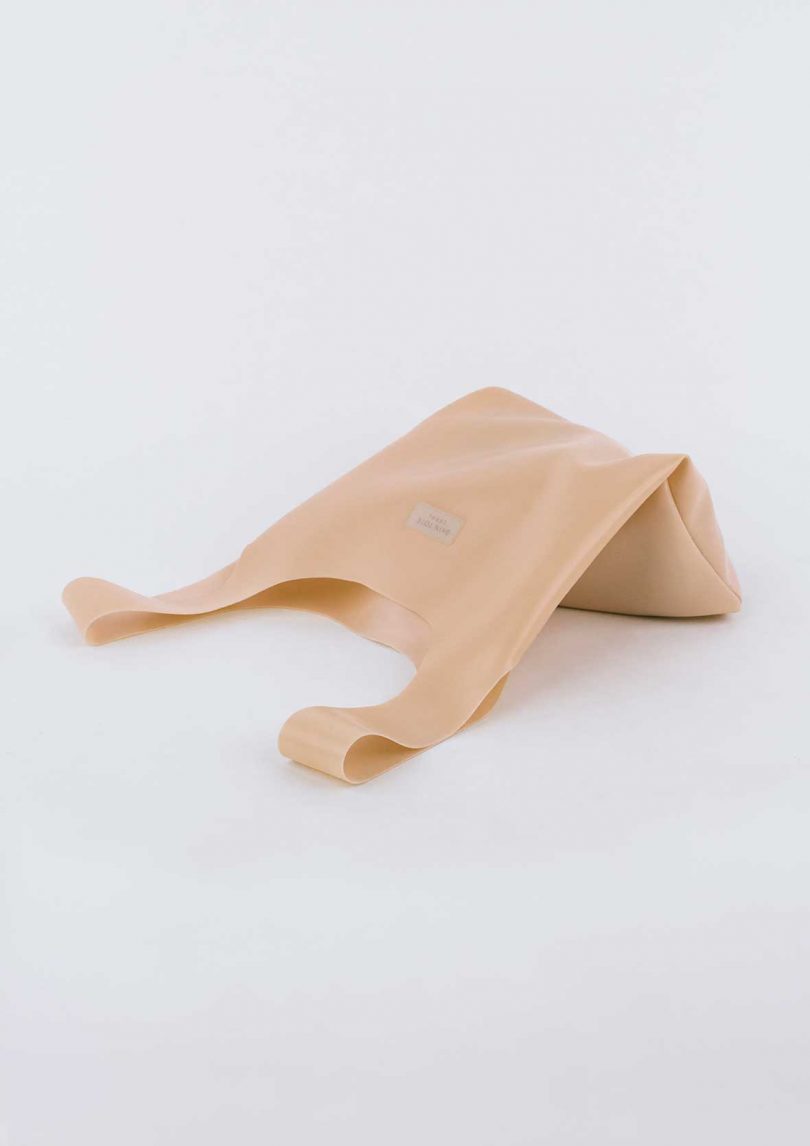 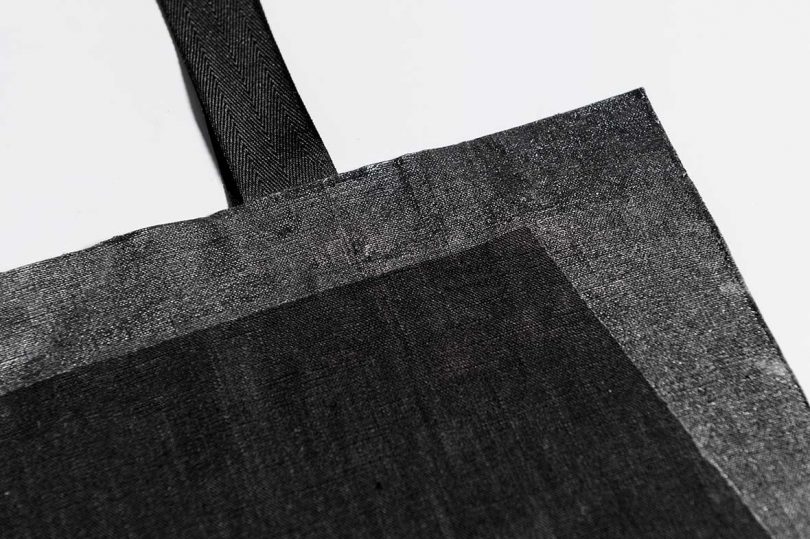 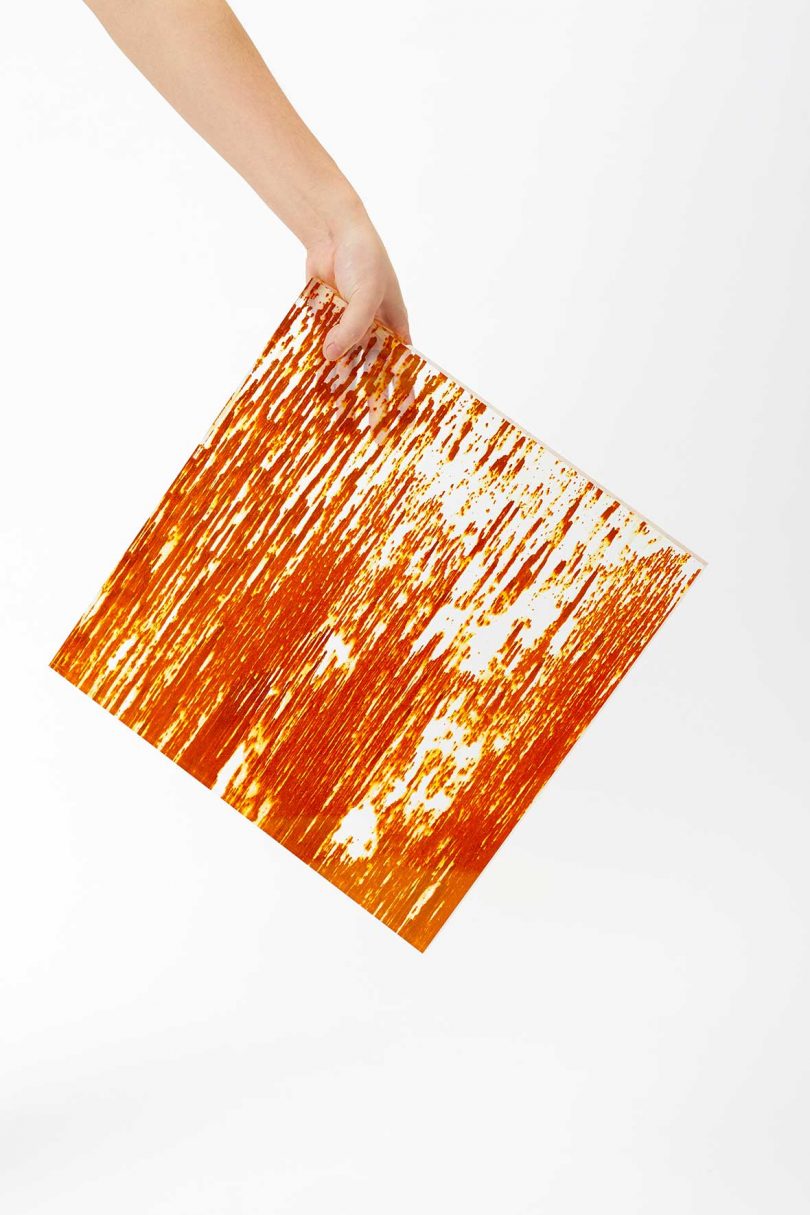 at Yuma Kano Rust harvest The project destroys planes, takes car engines, destroys bridges and causes corrosion inside the concrete. What Yuma Kano sees is beauty and turns it into something special. The project is based on a number of natural elements that promote the development of rust on the sheets. The rust is then removed from the sheet and added to an acrylic resin to create a new material. Yuma sees the “harvest” process as a metaphor for the agricultural cycle. His ForestBank ™ The project was sparked by the deforestation crisis in Japan, with each piece constructed from natural and organic elements such as bark, branches and fruits, and then combined with acrylic resin. “In the long term, it would be a good idea to produce the items in different locations, as the raw materials available vary by location, season and forest environment,” Kano explains. 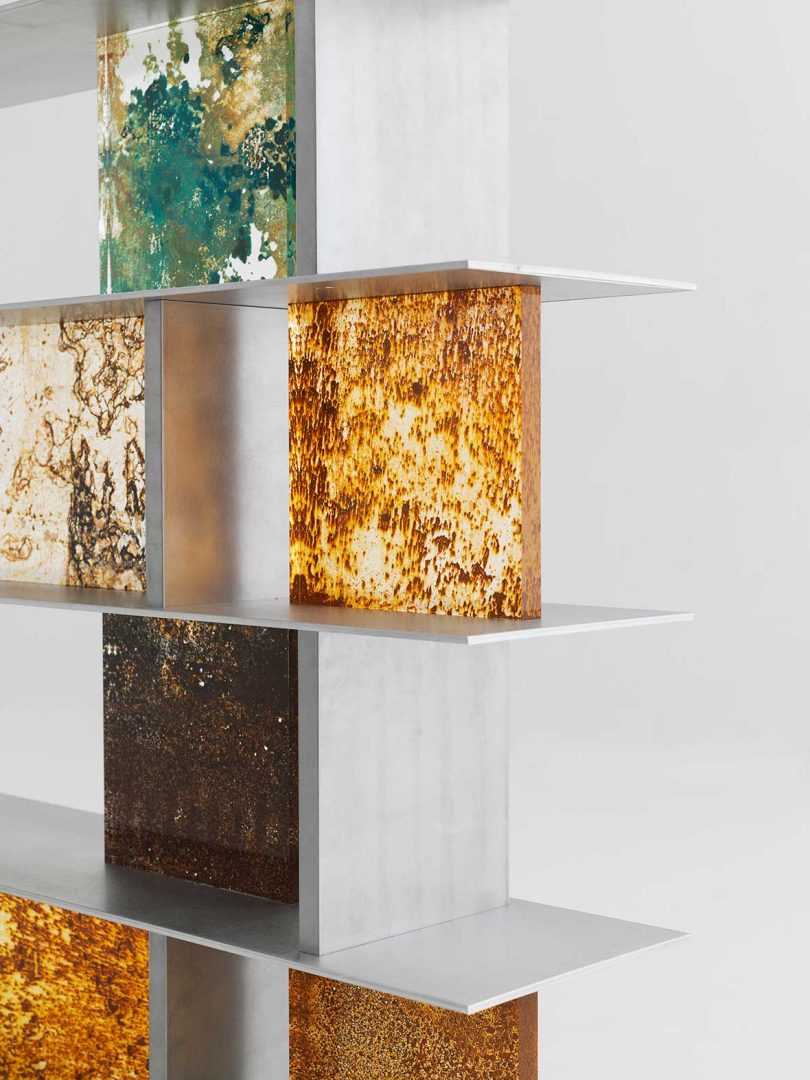 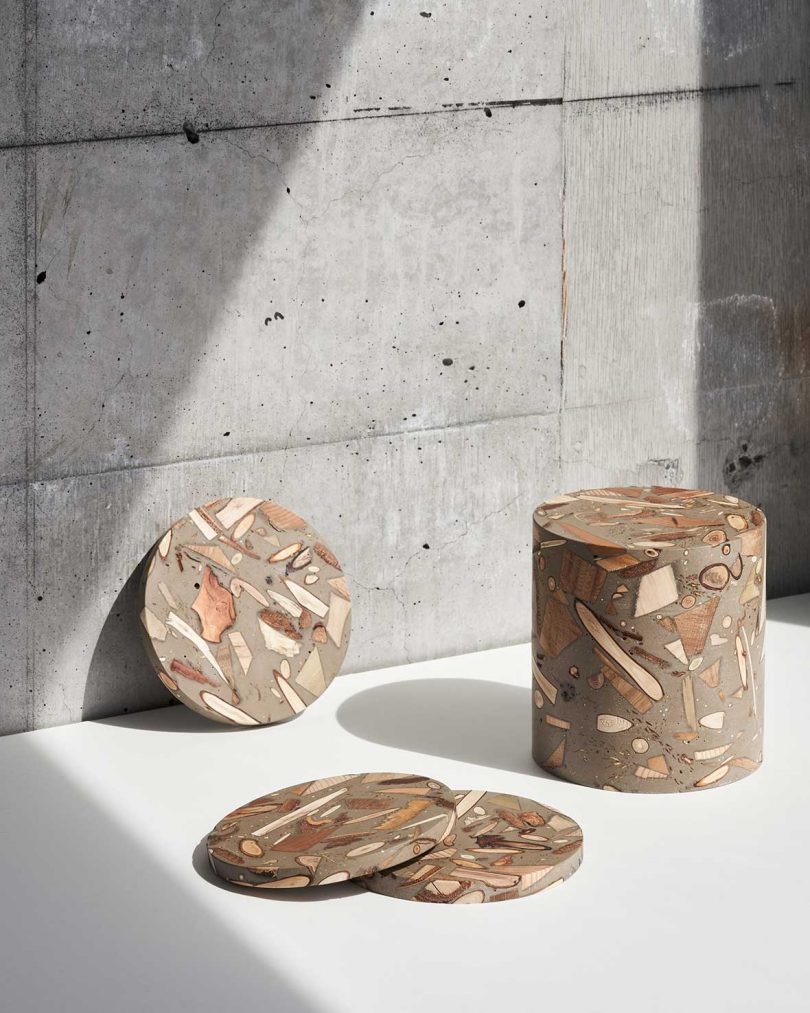 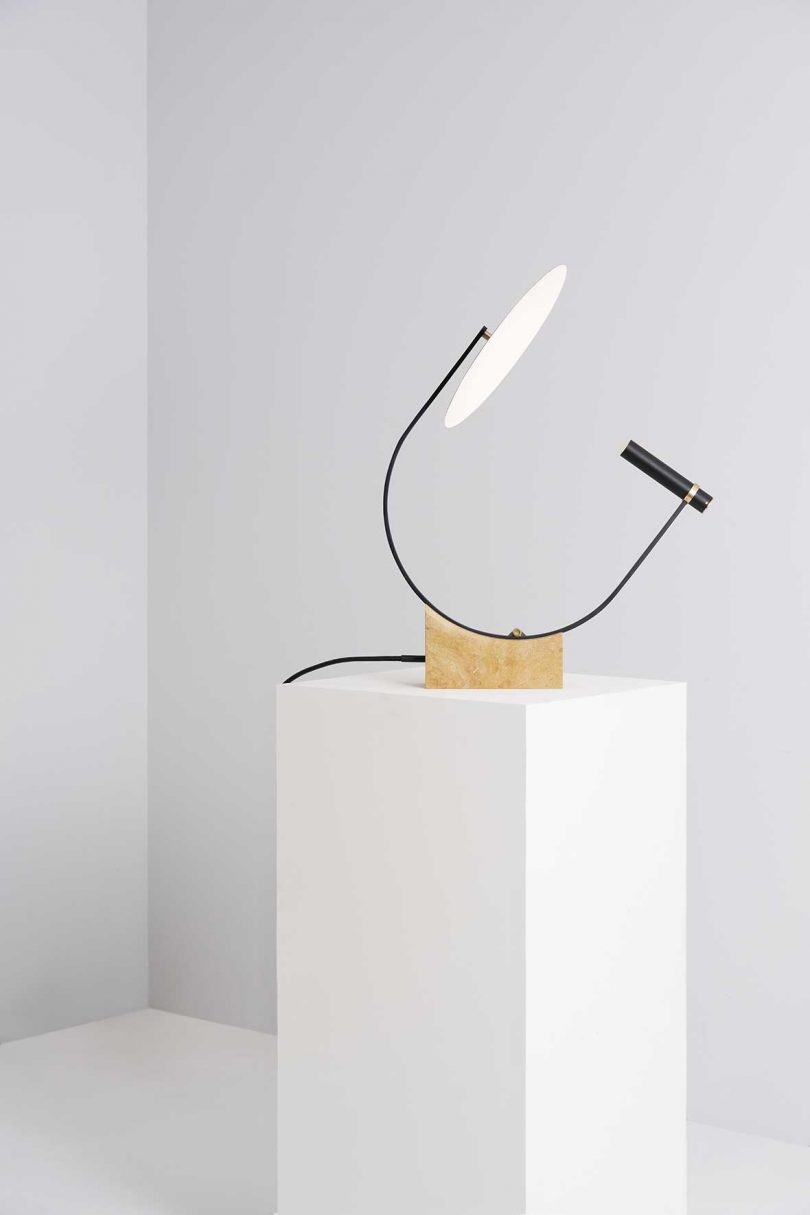 “Since I was a child, I have been carving balsa wood to make fishing bait. Doing things with my own hands is deeply ingrained in my DNA, ”says Baku Sakashita. SUKI is a collection of luminaires that mixes semi-translucent paper, called Tengujoshi, with stainless steel wire. Suki has many meanings, including “transparency”, “making paper by hand”, “empty space” and “fine taste”. Sakashita offers its own take on traditional paper lanterns by creating a space between the LED light source and the ultra-thin paper through which the light filters. Each lamp is handcrafted using the Mizubari technique, a process used to apply paper to shoji (paper screens). PHASE is a collection of LED lights symbolizing the phases of the moon. The light is diffused thanks to a disc which captures it. Each element is attracted by magnetic force, causing the disk to spin and settle – the moon’s growth and decline. The arm follows the curve of an arc, reflecting the rotation of the moon. 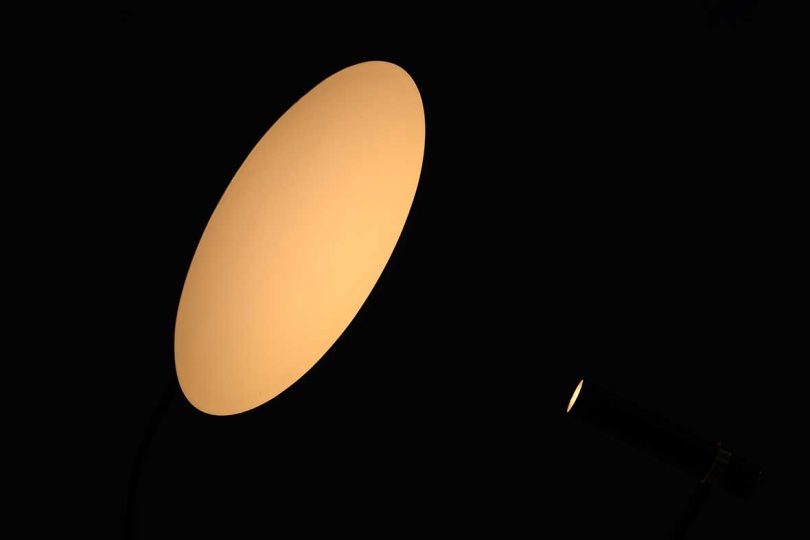 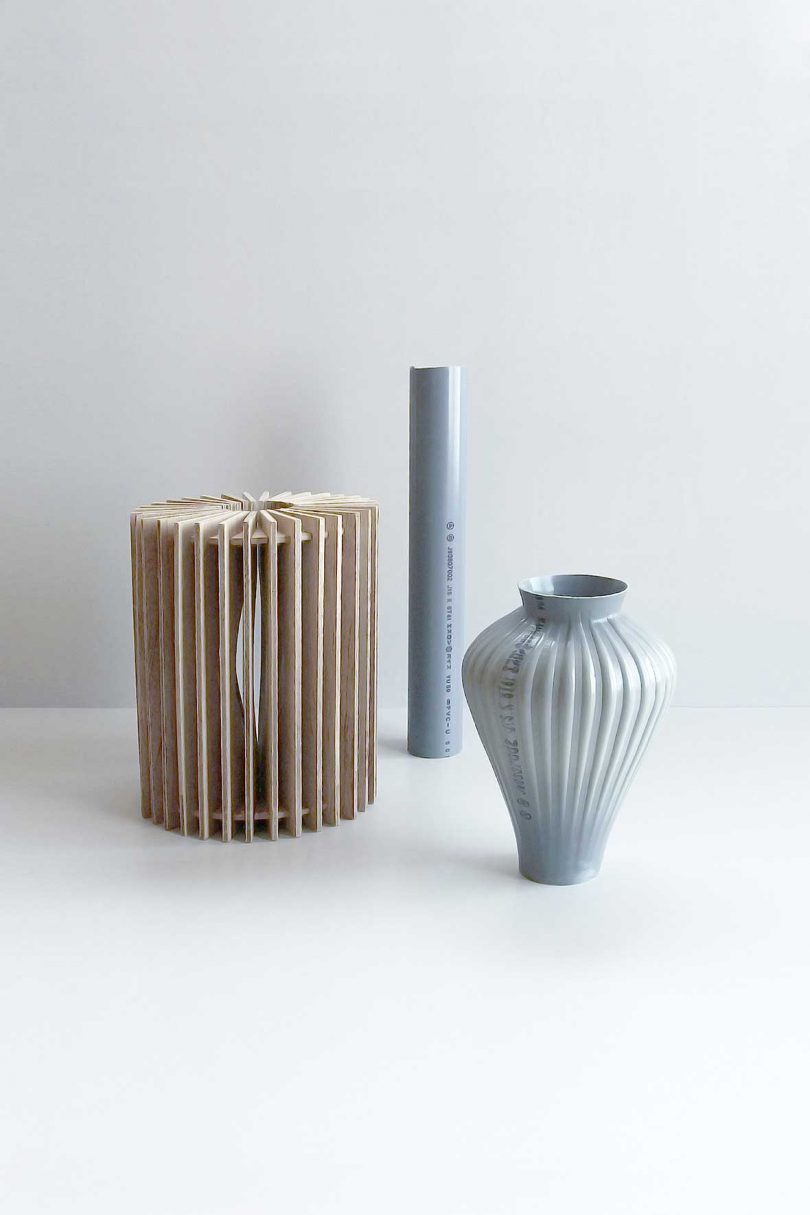 Kodai Iwamoto is drawn to flaws in perfection, something he celebrates and elevates through his work. SHORT STOOL uses a low-tech manufacturing process that sees metal tubes flatten and bend, causing their circular shape to deform. This deformation is then transformed to their advantage, with the deformed sections used as a mechanism to assemble the stool. Iwamoto transforms PVC pipes into vases using traditional glassblowing techniques in his PVC Hand Blowing Project. Captivated by the beauty of Japan and the idea of ​​getting back to nature, he doesn’t hide his passion for how designers can help solve problems before they reach the manufacturing stage. 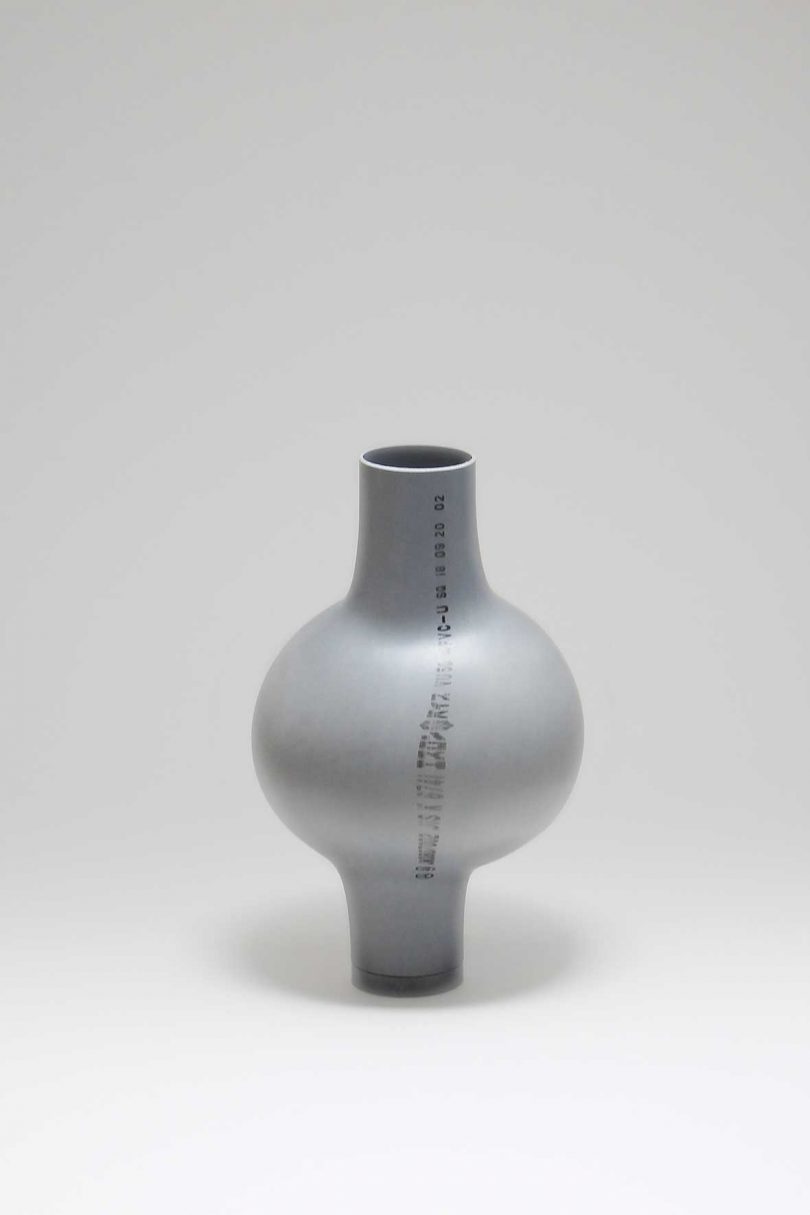 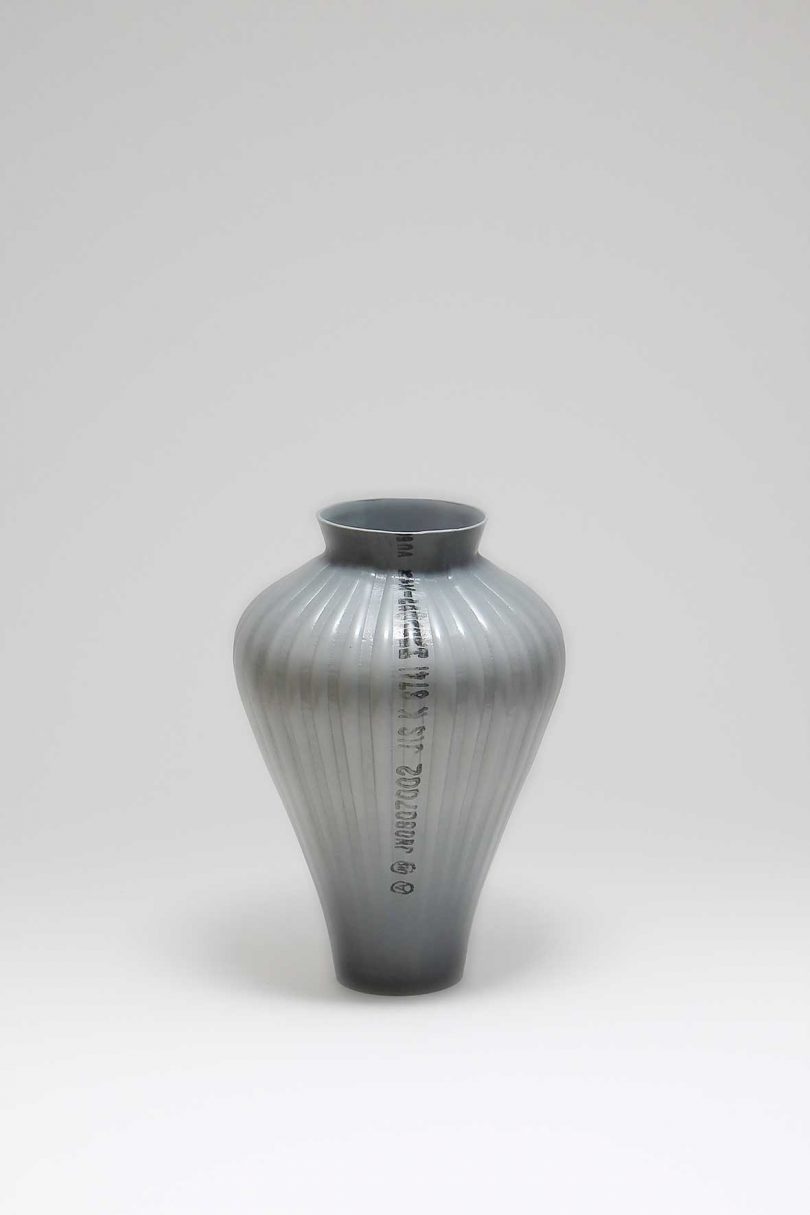 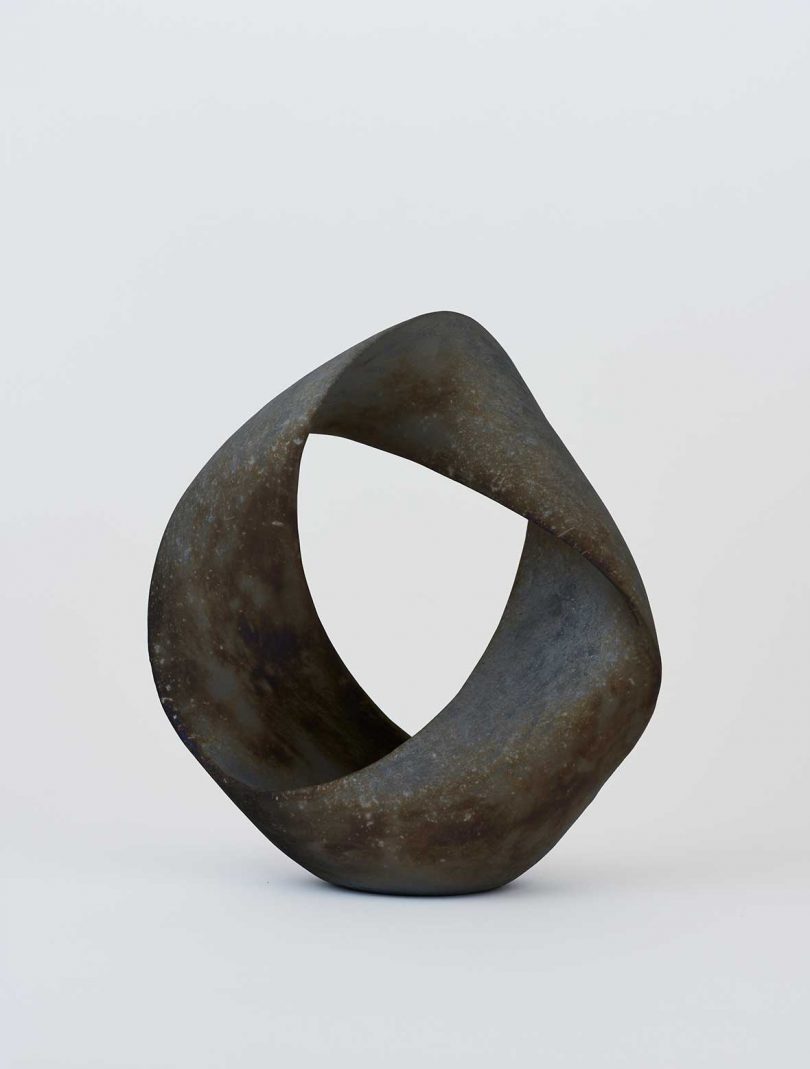 In recent years, the work of artist-sculptor Toru Kurokawa has drawn inspiration from mathematics. His works dealing with the universe and physics are present in the collections of museums around the world, and some of them will be exhibited at Maison & Objet in January. Specifically, some feature silhouettes that are indistinguishable from inside and out, reflecting the kind of shapes associated with the Klein bottle or Möbius strip. By playing with the limits of ceramics, he finds the balance between emptiness and fullness. Kurokawa says that “working with natural materials every day encourages new discoveries and stimulates creativity.” 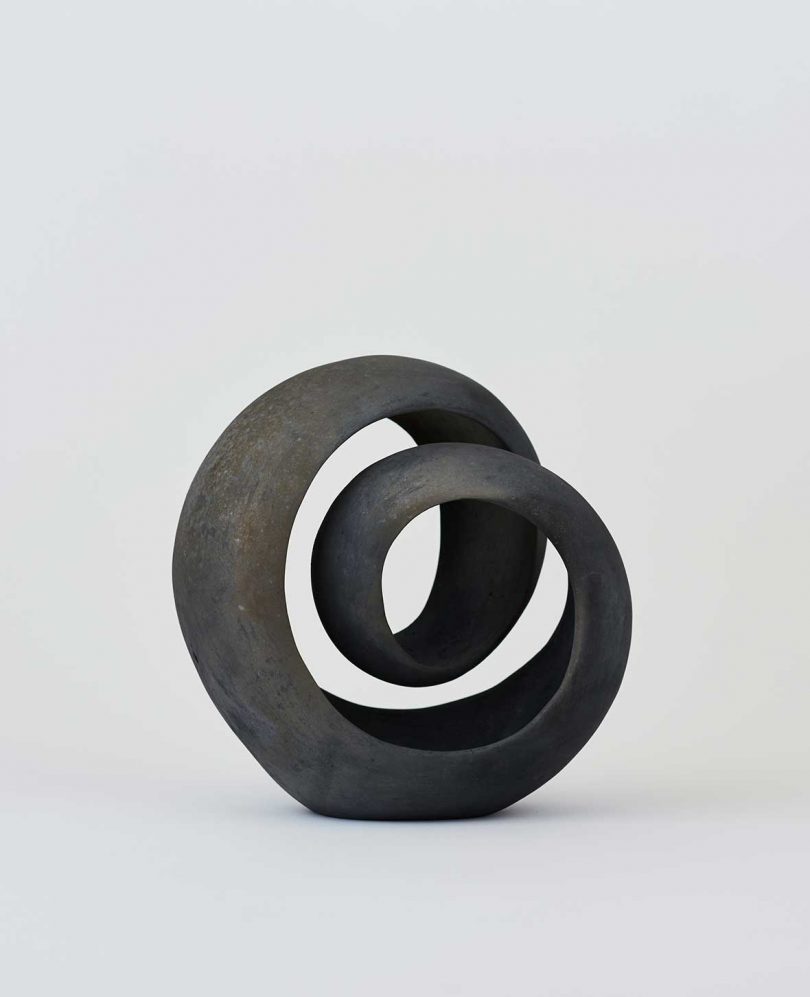 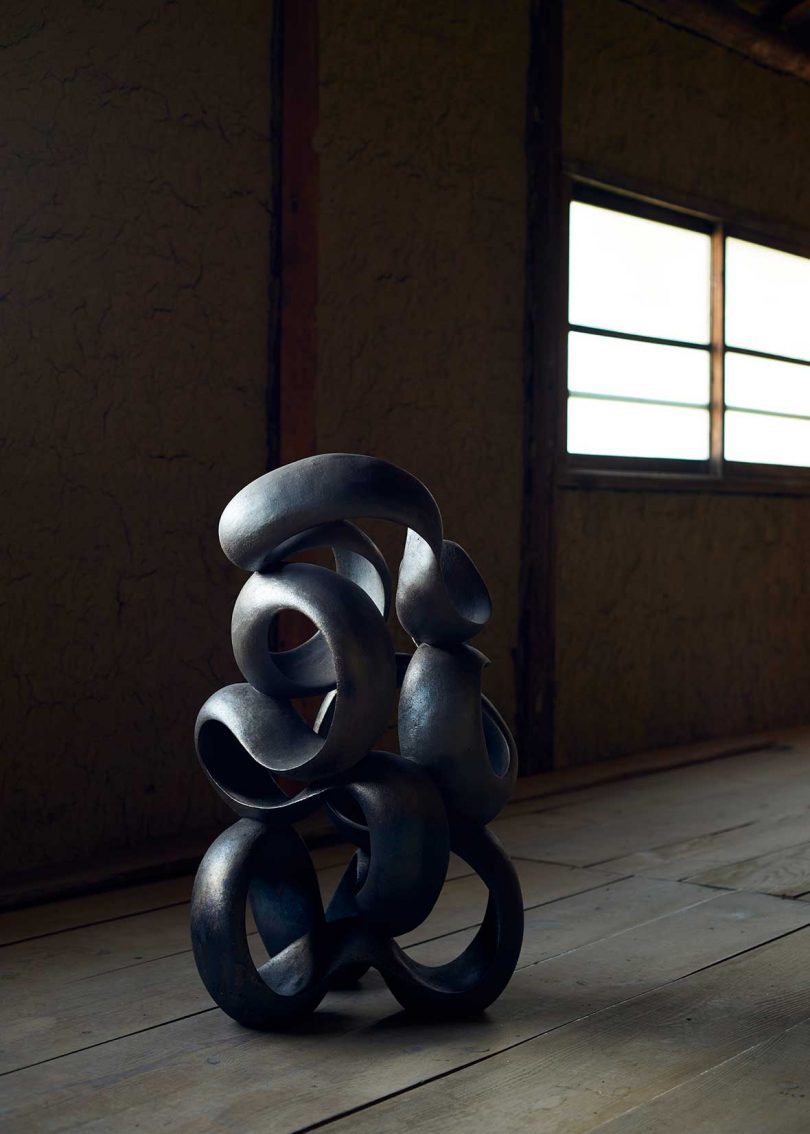 A folded ring by Toru Kurokawa

From January 20 to 24, you will be able to discover the work of the six designers in Hall 6 and the Rising Talent Craft in Hall 5A of Maison & Objet.

Kelly Beall is Editor-in-Chief at Design Milk. The Pittsburgh-based graphic designer and writer has had a deep love for art and design for as long as she can remember, and enjoys sharing her finds with others. When not distracted by great art and design, she can be found wreaking havoc in the kitchen, consuming as much information as possible, or on the couch with her three pets. Find her @designcrush on social media.